As the mission grew, the Congregational Church needed more help, and Chalmers Presbyterian Church became a partner in the venture. In 1905, the mission dedicated a new, yellow brick building at the corner of Martin Avenue and Albert Street. That became cramped, and in 1923, the Brooklyn Sunday School dedicated a large, new building on Martin Avenue.

The south part of Guelph grew with the development of the three colleges on the hill that later became the university, and following World War II, many young couples built houses in the area. And so, in 1955, the Brooklyn Mission began to hold Sunday morning worship services. Then, on March 4, 1956, it became a congregation within the United Church of Canada. Caroline Forbes Harcourt and Robert Harcourt had been active leaders and benefactors of the mission, and the new church was named after them. 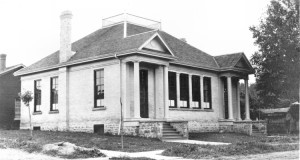 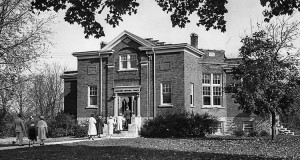 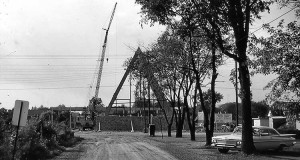 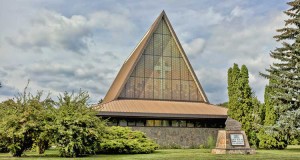 By 1960 the activity of the church and the size of the congregation needed larger facilities. Land was purchased on Dean Avenue, and the new church was dedicated on January 7, 1962. Additions and renovations were made in 1986.

Over the years several people from the congregation expressed the desire to become ministers in the United Church. The congregation sponsored its first candidate for ministry in 1978 and the program of Refugee sponsorship started in 1979. Harcourt sponsored several families first from Vietnam and later from other war-torn countries.

In 1980 Harcourt began a program of Student Internship. The congregation and minister agreed to provide practical experience and guidance to future ministers of the United Church. Then in 1987, Harcourt added a second ministerial position in order to serve the needs of people of all ages in the congregation and also to assist members to extend their outreach in the surrounding community.

Harcourt further expressed its outreach when, in 2005, it officially became an Affirming Congregation, welcoming people of all sexual orientations into the life of the congregation.

Together the staff and the members of the congregation form a welcoming, caring, and supportive Christian community.