The Harcourt community has a long established practice of welcoming and supporting refugees from troubled areas of the world. Our refugee sponsorship, working through the United Church of Canada, began with a Vietnamese family and has included since families and individuals from Poland, Bosnia, Sierra Leone and, most recently, Syria. We have learned much and been richly blessed by our accompaniment with those who are seeking a safe haven and the creation of a new life in Canada.

Update on our last family

Our last Harcourt refugee family is transitioning well to life in Canada. Having stayed in Guelph for a year when with us, they have since moved to Alberta in order to be with a larger Muslim community as well as to seek job opportunities in the oil fields. They were very happy to be with family during Ramadan and they are fasting 20 hours each day, because the sun sets late and rises early.  There are several mosques in the community where they have rented a house.  The children have made new friends and are learning English quite quickly despite it not being used by the mother as frequently in the home. This is due to her reestablishing her support network and the presence of a large Arabic-speaking community. Both parents have a good network in the Muslim community and seem happy.  They have several small birds that sing and bring joy to the whole family. The mother is engaged every weekend organizing some type of gathering, with lots of food and people filling the house. She plans for the younger children to start daycare for a couple of mornings, which will enable her to being taking some classes. 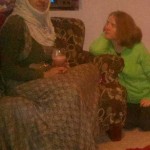 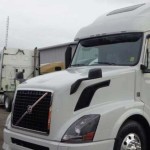 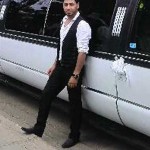 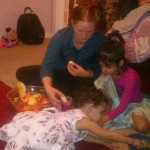 Meanwhile, the father has sublet the basement of the house to earn extra income as he has been driving delivery trucks. Recently he has tried several different jobs though as the food delivery truck hours are difficult — starting at 3 am and arriving back home while the young family is still up, making sleep a challenge. He is planning to take his Canadian citizenship test later 2015 and loves Canada.  His English has improved significantly and there is always a smile for everyone. Having forged many connections, he has some big plans and we hope the recent slump in oil prices does not impede the families opportunities. It was a joy for two members of Harcourt to recently spend time with them in Edmonton. The mother had made a feast to share with them, and they felt blessed in this home. The family know that many people at Harcourt are thinking of them and that we are just a phone call away.